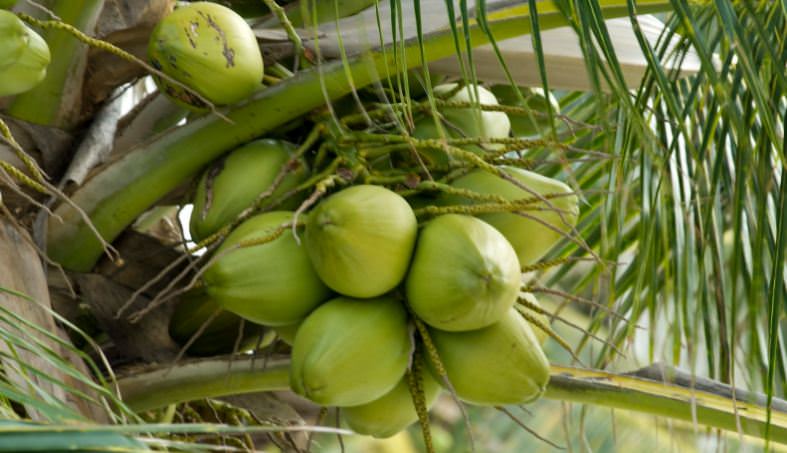 An overview of coconut production

Coconut is considered to be a familiar coconut and one of the most helpful fruit for the health of human body. Especially, it is quite disparate from other fruits since it includes a high amount of water in it which is also very useful to reduce the temperature of human body, it is very well known all over the world for its great versatility. In addition, coconut is able to be utilized in many various ways, such as its water can be used for drinking, internal flesh is edible or processed to produce oil, its hard shell is applied to make charcoal and coir which derives from its fibrous husk.

Additionally, it is normally cultivated in tropical and sub tropical areas of the world because coconut trees are in need of regular sunlight and rainfall for growth. One report stated that coconut palms are planted in over 90 nations around the world with a total production of 62 million tonnes each year. Particularly, coconut is abundant in calories, saturated fat, carbohydrates, dietary minerals, manganese, iron, phosphorus and zinc, and coconut oil is widely used as soaps, cosmetics and hair oils in the world. 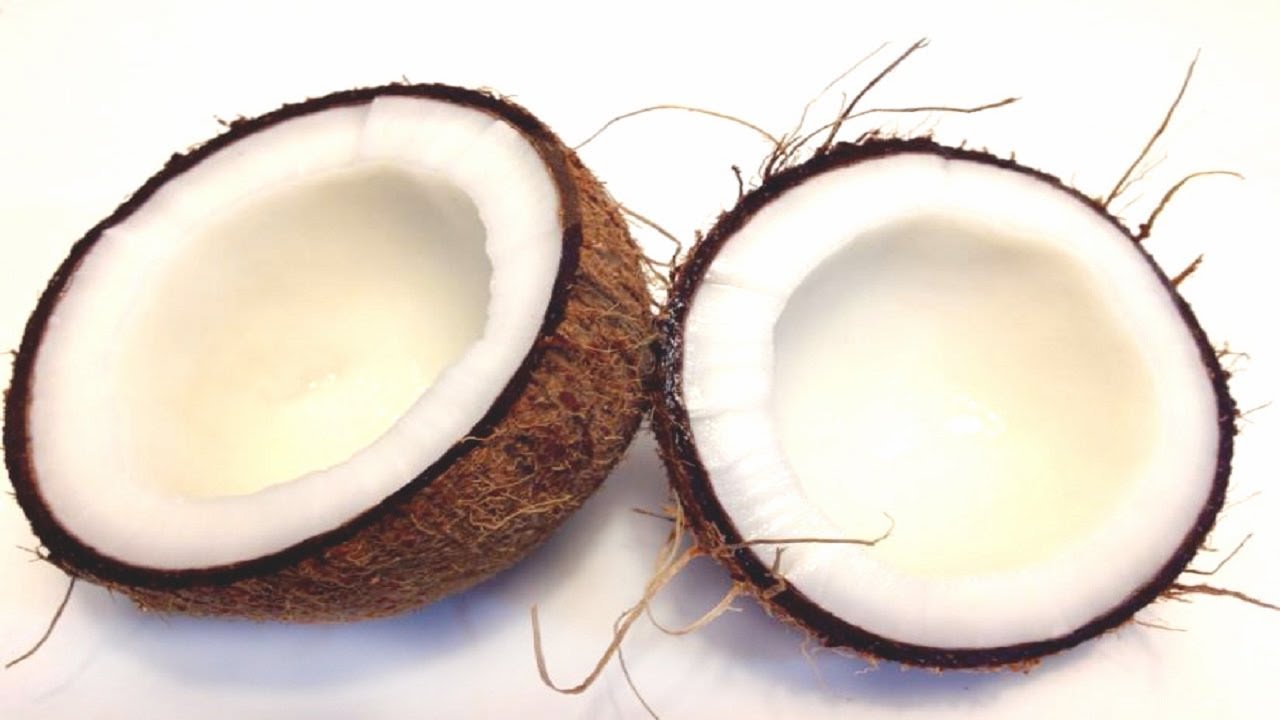 Top 6 Coconut Producers in the World

Indonesia is considered to be the world leader in coconut production. The majority of the country’s coconuts are generated in the North Sulawesi province. Many of the coconuts produced in Indonesia are exported overseas. Interestingly. Indonesia is also one of the world’s top producers of pineapples. 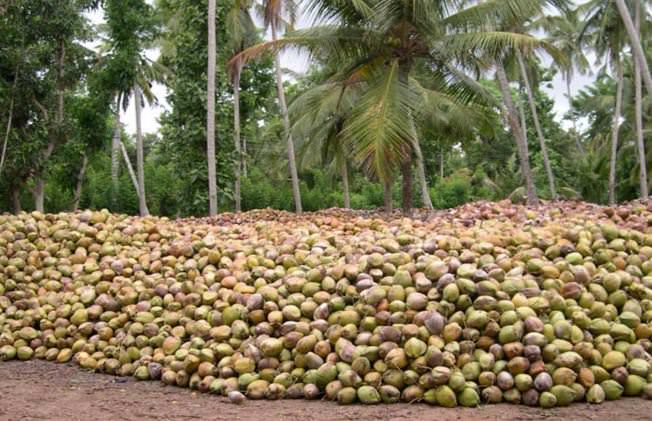 The Philippines is regarded to be the world’s one of largest producers of coconuts. It was previously the world’s largest producer before being overtaken by Indonesia in 2015. Luzon, Southern Mindanao, and the Eastern Visayas are a few of the country’s most prominent locations for coconut producing. It is predicted that roundly one quarter of total farm land in the Philippines is dedicated to coconut production.

India is also one of the largest coconut suppliers in the world. In 2016, the country was in charge of the production of more than 119 million tonnes. In addition, coconut manufacture is very significant to the agricultural industry in India and the economy in general, especially in rural areas of the country. 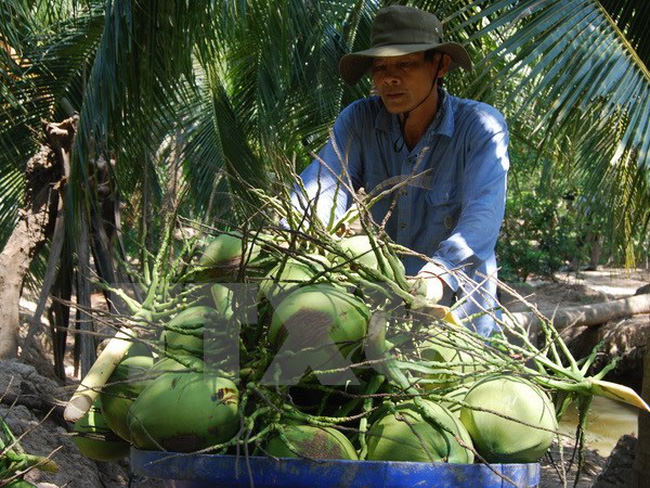 Brazil is the world’s fourth largest producer of coconuts in 2015. In 2016, Brazil manufactured more than 2 million tonnes of coconut. Even though this number is not as important as the Asian countries, coconut generation in Brazil is increasing as craving for coconut products rises. Bearing a similar partern to other countries, coconut production is an vital part of the country’s economy.

The island country of Sri Lanka is the world’s fifth largest producer of coconuts. Sri Lanka trails just behind Brazil with 2,513,000 tonnes produced annually. The country’s warm and sunny climate is ideal for coconut growth. 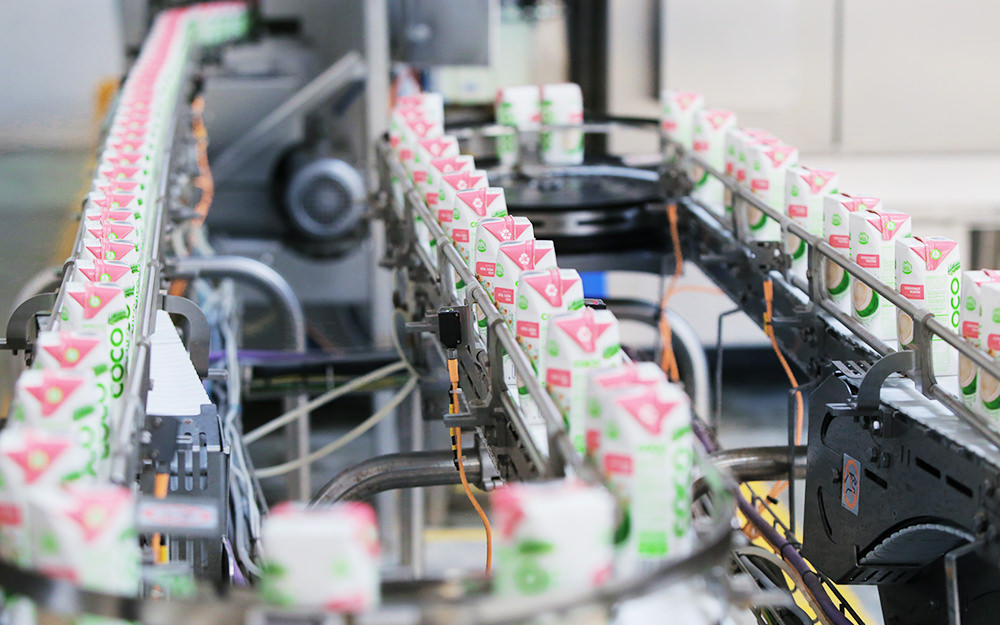 Vietnam has been famous for its coconut’s productivity and quality. With many advantages regarding cultivating conditions, this country has become one of the organic coconut water suppliers that exports  high-quality coconut products to the world.

Today, the leading coconut suppliers, especially organic coconut suppliers are struggling to satisfy the increasing demands in the globe. Coconut has been a billion-dollar industry for decades and predictions show that it is promising to sustain a profitable venture in the future. However, the leading organic coconut water suppliers are of need in learning from the present settings as well as take steps in order to make sure the sustainable supply of orgain coconut.